Paul Burns is the man behind Ashton Manor’s glorious cakes, making him very popular with our residents!

We caught up with him to find out what brought him to Evermore, how he’s settling into his new role and his future vision for the Ashton Manor kitchen.

How did you get into cooking?

When I left school, I went to work in a fruit and veg shop in the local market and that’s where my love of food started. The job helped me to get used to the different ingredients and when I left I went to work at Lancaster Farms Prison as a pot washer, but I also helped with prepping the veg for the chefs. After that I got my first proper cooking job as an assistant chef at the former care home which is now Ashton Manor! They put me through all my training and qualifications, and I was there for about three years before I was offered a head chef position elsewhere. Since then I’ve broadened my skillset as bakery manager at Sainsbury’s before heading back into catering at Lancaster University and most recently at St John’s Hospice.

When this job came up, I jumped at the opportunity because it brings everything together and I’ve come full circle. It’s a really nice story really; it’s the right timing for me and I’m back where I started with so much more experience. It’s the job I’ve been looking for – it’s perfect!

What’s important to you in your role at Ashton Manor?

I want the people to be happy and to give them what they want, not just what they need. We’re trying to build something really special here and we want people to have a mealtime experience as good as you’d get in a hotel. Overall, it needs to be top notch quality: if I wouldn’t eat it then I won’t serve it, and nothing leaves the kitchen until myself and Lee (chef) are 100% happy with it.

Everything is thought about down to the last detail: we’ll fan the napkins out in the napkin ring, the tables are set correctly, if a resident is having food in their room the tray it’s served on will have a tray doily on. Our residents need to feel like they’re getting five-star service.

How do think your team will contribute to making Ashton Manor a good place to live?

I’m hoping that we can make it so mealtimes are more like events, each time a meal arrives at their table or room. It’s nice that we’re having conversations with people and they’re telling us they liked the cake we made or could we make this meal again soon, which we’re more than happy to do.

Are you strictly behind the scenes, or do you get out of the kitchen to talk to residents?

Due to the pandemic, we haven’t been able to venture out of the kitchen as much as we’d like to, so far. We’ve brought food out and done a little bit of baking with some of the residents but we’d love to do more. We want to get to know all of our residents on a personal level so we can make their time at Ashton Manor the best it can be.

Have you got any exciting plans for your role?

We’ve been talking about events such as different themed nights for example, decorating the dining rooms and having an Italian night or a Chinese night. We’re doing an all-day breakfast so we’re making that more like an event because it’s something different and new. We’ve got the facilities to do so much but really, it’s down to what the residents want and we’ll work with them.

What made you choose to work for Evermore?

I was looking for something a bit higher up and this role is more of a head chef role with growth to be catering manager too as the business expands. Evermore also gave me the opportunity to start a kitchen and team from scratch which I’ve never done before. This job is perfect – I was looking for a career rather than a job and this is what Evermore is giving me.

What’s it like being part of the Evermore team?

It’s really good and I’m really enjoying it. We’re building a great team and you can see that. The management have been great and really supportive, they’re always there if you need help or advice.

As we’re a new team we’re starting from scratch and building those new relationships together. It’s a great environment, they’re a great business to work for and it’s genuinely a great place to work.

What are you hoping for in your future at Evermore?

I want to spread what we’ve got here across other locations and I think that’s the way it will work. Evermore Care is about quality, so I’ll be looking to create the menus at each location and act more as a head chef/catering manager across the group. I want Ashton Manor to be a success and so even when we do grow, we’re all one big team.

What type of people will you be looking for to join your team?

I’m looking for someone who’s keen and who wants a career, not just a job. I want someone in my team who’s ready to jump on board with our ethos, who’s enthusiastic and who has that caring side to them, because you need to have that here – the residents have to come first and that’s very important.

What’s your favourite cake to bake?

Bakewell Tart! It’s my signature dish and my go–to cake! That’s something I’ve worked on, mastered and perfected over the years.

EVERMORE ART COMPETITION To celebrate the opening of our new, state-of-the-art care home, Astley View, in Chorley in…

How we’re embracing sustainability at Astley View from design to construction and beyond!

In spring next year, we will be opening the doors of our brand new £15m state-of-the-art care home in Chorley,…

Talk to the team today

We are proud to announce

One of the winners of Carehome.co.uk’s Top 20 Care Home Awards 2021 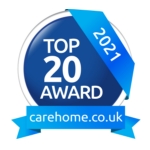 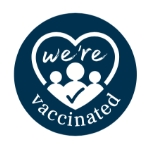 Get the latest job alerts